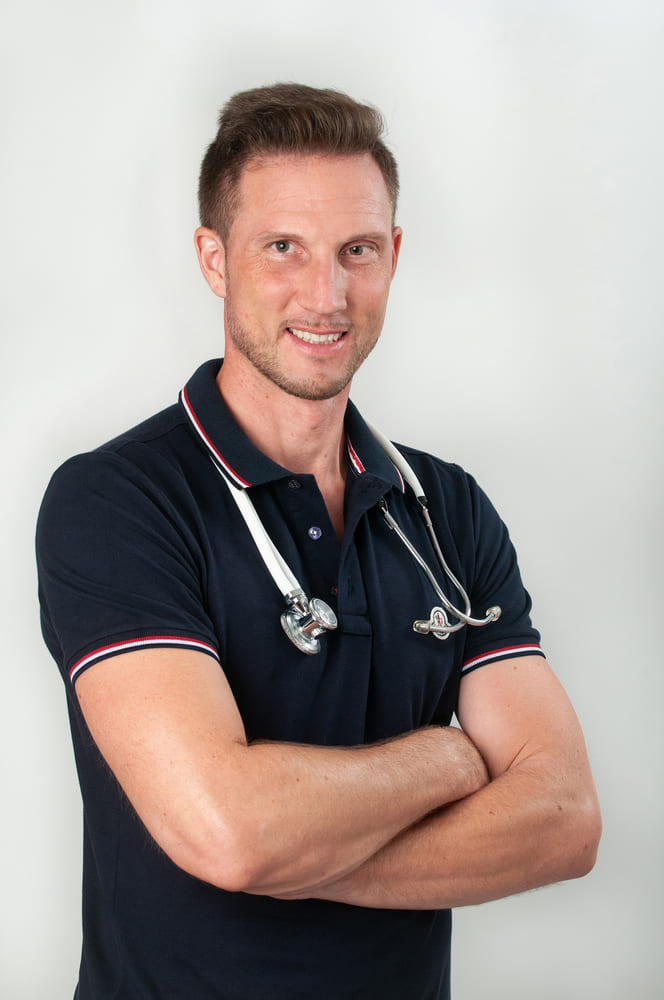 YOUR SPECIALIST IN INTERNAL MEDICINE IN MALLORCA

Dr Christian E. Gmelin, born in 1977, studied medicine in Germany (Erlangen) and Spain (Córdoba and Santiago de Compostela). As part of his training, he also worked at the Charité University Hospital in Berlin, at the University Hospital Heidelberg (Hematology and Oncology) and in a gastroenterological outpatient clinic in Hamburg. He graduated from medical school as one of the best of his class in 2005. He completed his specialist training from 2005 through 2012 at Fuerth Hospital, teaching hospital of the University of Erlangen-Nuremberg in Germany. There, he worked in the department of cardiology and pulmonology, as well as in gastroenterology, rehabilitation, dialysis, ultrasound department, emergency room and intensive care unit. Additionally, he acted as representative and spokesman of the cardiological and pneumological physicians at the hospital. In 2009, he also gained the qualification to work as an emergency doctor. Since 2012 Dr Gmelin has been working as a doctor in Mallorca, starting at Clínica Juaneda in Palma de Mallorca, where he cared for international medical and trauma patients and also worked in the outpatient clinic of Clínica Juaneda and Juaneda International Medical Center. From 2014 to 2021 he was part of the medical team of Clínica Picasso in Palma, as an internist.

Since end of 2021 he has been seeing patients in his own outpatient clinic at Centro Médico Porto Pi in Palma treating acute and chronic diseases and offering comprehensive preventive medical checks.

Monday to Friday
9 am till 5 pm
Appointments on request
